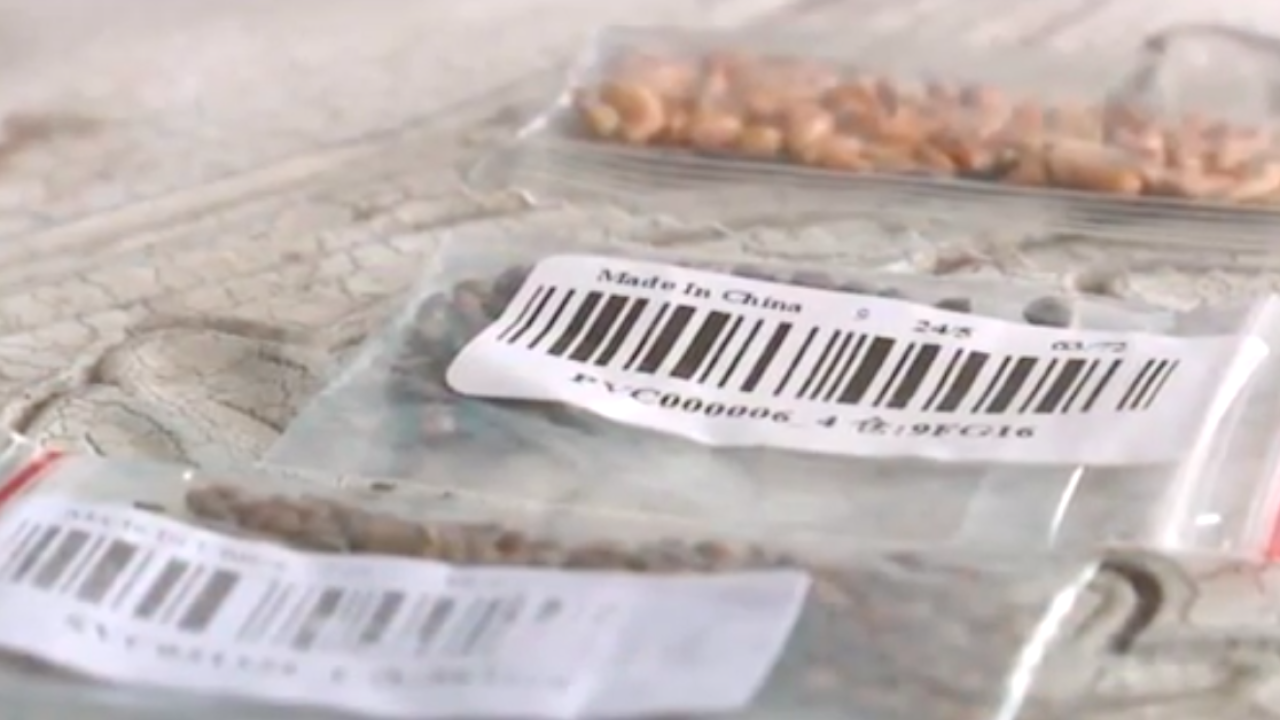 KSTU
Envelopes of seeds appeared in dozens of Utah mailboxes.

U.S. Senators Debbie Stabenow and Gary Peters are calling for a federal response after households in Michigan and across the country received unsolicited packages of seeds in the mail.

The packages may be a part of a "brushing" scam, which is an exploit by a vendor used to bolster product ratings and increase visibility online by shipping the product to people without their knowledge.

The Michigan Department of Agriculture and Rural Development says not to open or plant the seeds, which come in a package with Chinese lettering and the words "China Post," on them.

Some people report that the package was even labeled as "jewelry."

The senators urged federal officials from U.S. Customs and Border Protection, the U.S. Postal Service, and the U.S. Department of Agriculture to team up to prevent seed smuggling.

“We are concerned that these mysterious seeds could potentially harbor foreign invasive species, plant pathogens, or insects that can pose a grave threat to our agricultural economy and the environment,” the Senators wrote.

“It is alarming that the seeds were able to enter the country in the first place, and we urge U.S. Customs and Border Protection, the U.S. Postal Service and the U.S. Department of Agriculture to work together to quickly detect these unsolicited seeds and prevent them from entering the United States.

MDARD also warns that the seeds may potentially produce invasive species that could negatively impact the environment.