Diane Pitone was hoarding cats inside her home on Chapin Street in Birmingham. But no one knew how bad it was until a second case surfaced in St. Joseph County. 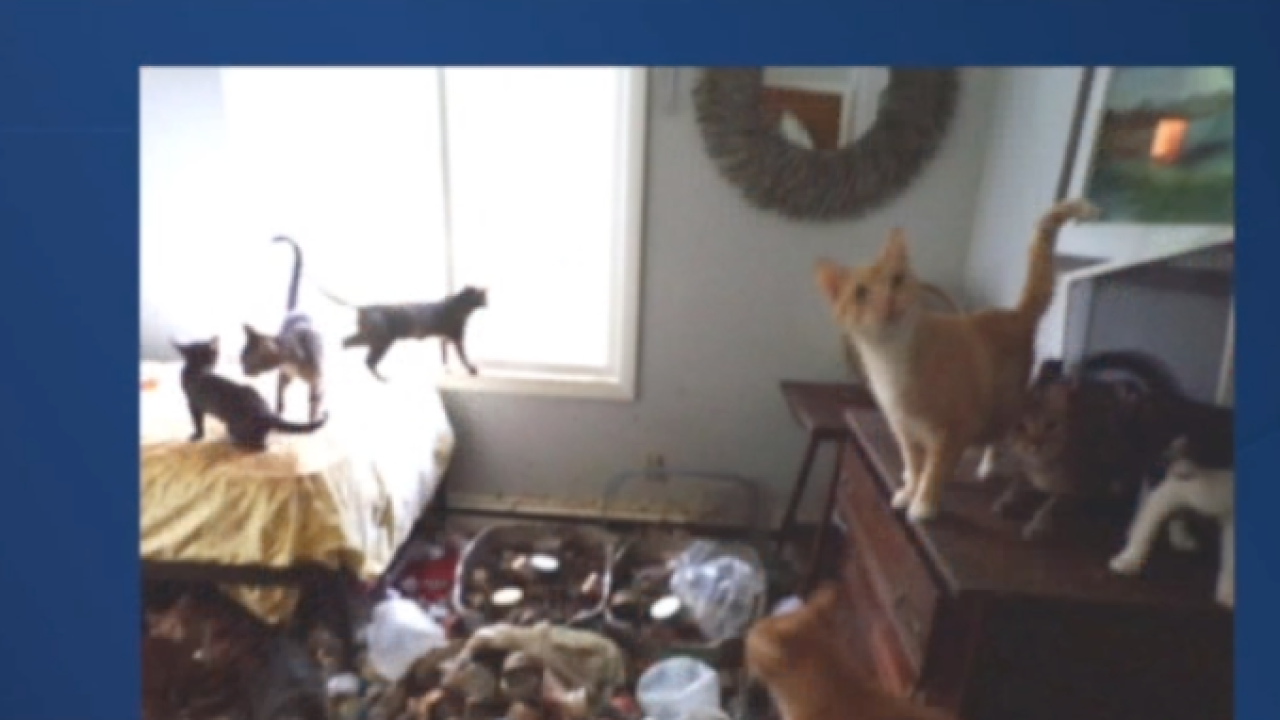 BIRMINGHAM, Mich. (WXYZ) — Diane Pitone was hoarding cats inside her home on Chapin Street in Birmingham. But no one knew how bad it was until a second case surfaced in St. Joseph County.

A leak in a natural gas line to a clothes dryer caused her home to explode on Memorial Day weekend. She was not seriously injured. It happened on Chapin Street in Birmingham.

Neighbors say she took the cats with her to care for her elderly father before the explosion. now officials in St. Joseph County and Park Township are dealing with a huge problem there.

Doug Kuhlman, who is the Park Township Zoning Administrator, shared pictures with 7 Action News and says they’ve removed 157 cats with more still inside the house.

They worked through an intense stench for days. This could have been a similar setting in Birmingham.

Shawn Scott tells 7 Action News after looking at the pictures in the second case, “I never would have guessed these would have been the conditions. That’s heartbreaking.”

The father who owns the second house is in his 80s. He’s cooperating with investigators. His daughter is not.

Kuhlman says, “He indicated to me that he had no idea whatsoever that she was going to be bringing a bunch of cats with her.”

Another neighbor on Chapin Street who does not want to be identified tells 7 Action News he tried to buy some cats from Pitone last year because she had so many.

he called to report them, but no investigator went inside her house.

He did go in after the explosion saying, “I jumped into the house. And I tried to get cats. She yelled at me, screamed at me told me get out of here she was fine.”

Shawn Scott says, “In the weeks prior she had taken them to her dad’s. She told several people on the street that because she went to care for him.”

Pitone has refused to sign the cars over to St. Joseph County, which is overwhelmed caring for them and will likely adopt out as many as they can.

Kuhlman says, “There’s more being born every day. And a lot of them have medical issues, upper respiratory issues. This is becoming a very very expensive cost burden to the county.”

If you’d like to help you can email Kuhlman at: municipalzoning@gmail.com

We first reported on the Birmingham house in May and again last month: http://www.qulanstream.com/news/region/oakland-county/birmingham-blight-festering-after-house-of-cat-hoarder-explodes

The father has moved into a new home in another county. The daughter won’t tell investigators where she’s living.