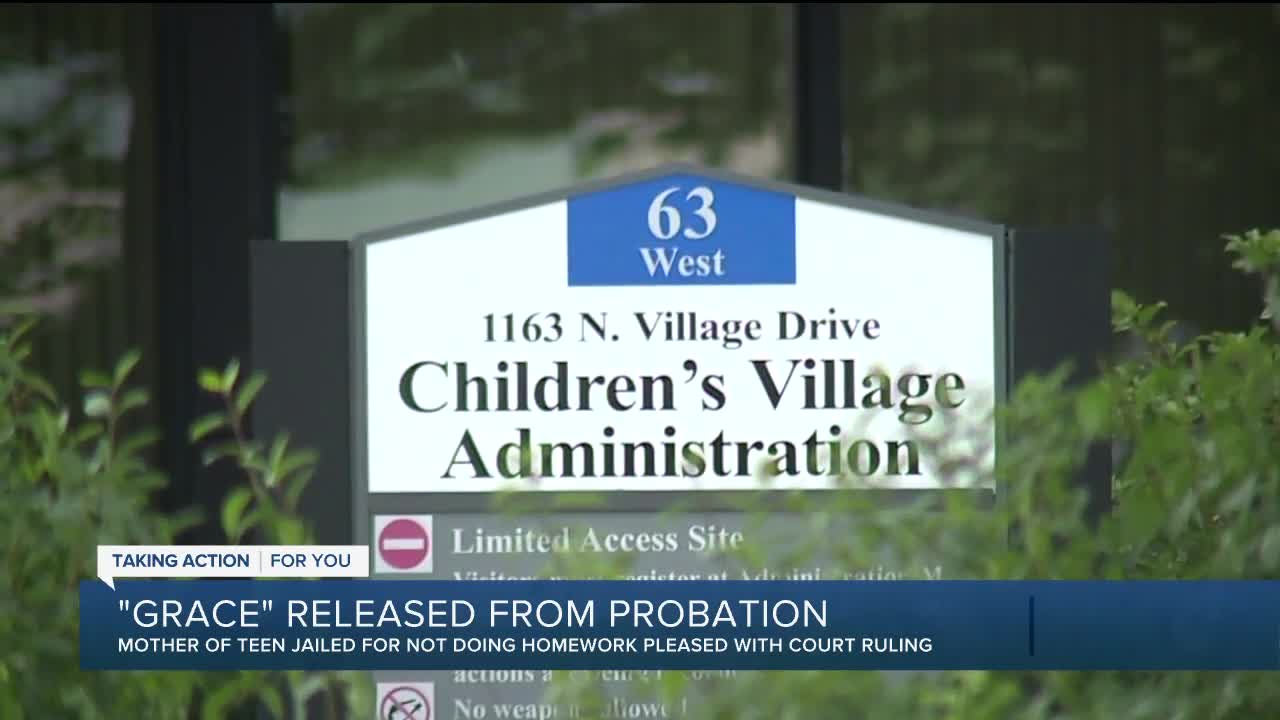 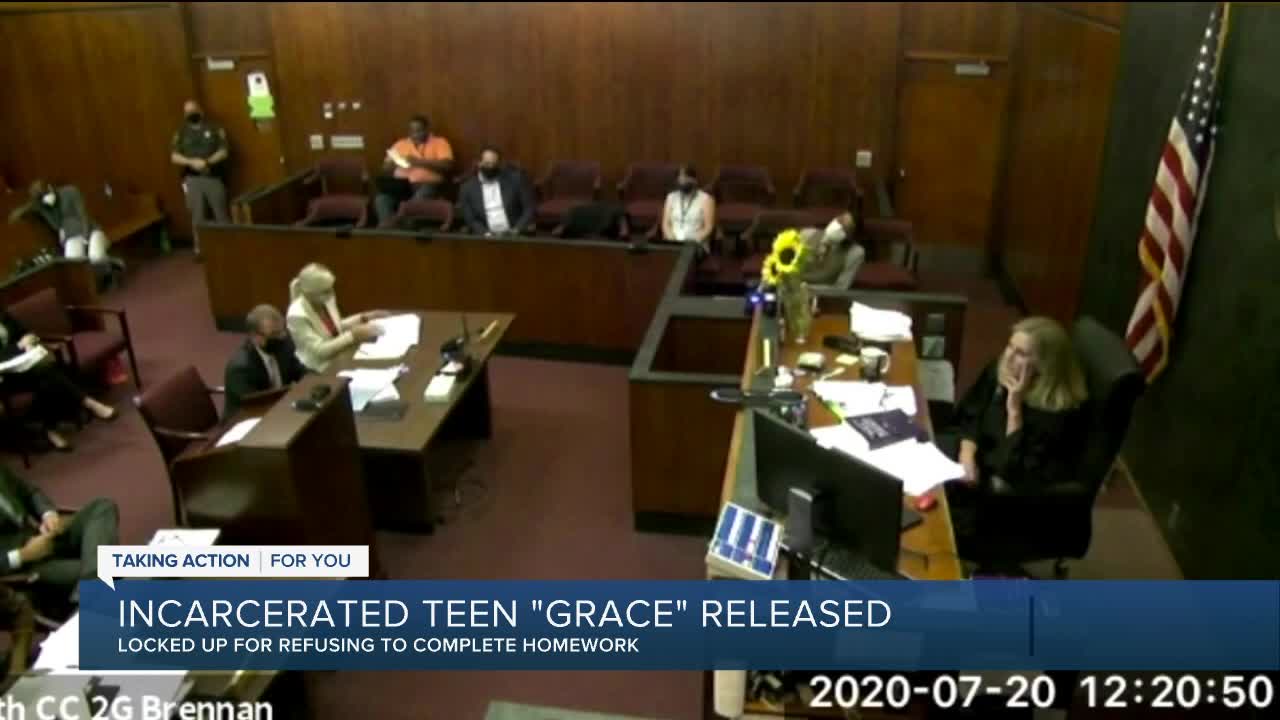 (WXYZ) — A 15-year-old girl who was ordered to juvenile detention for not doing her homework has been released from probation.

The girl, who is being called "Grace" to protect her identity, was ordered to Oakland County Children's Village by Judge Mary Ellen Brennan after violating probation to complete online school work.

Related: Teen sent to detention for not completing coursework makes plea to judge at hearing: 'Each day I try to be a better person'

Judge Mary Ellen Brennan said she had to consider the actions that placed Grace on probation to begin with. Last fall, arguments between the teen and her mother turned violent. The judge says the mother was the victim and the daughter the aggressor.

On Tuesday, Brennan released the teen from probation after the Michigan Court of Appeals ordered Grace to be released from jail on July 31.

"To say that we are pleased with the outcome is an understatement. While it was an unfortunate and painful process, it has resulted in Grace finally and permanently returning home to her family," her mother said in a statement. "It has also provided insight into an otherwise obscure window into a system that requires change in order to effectively and positively impact those it is designed to serve. We will continue to work towards that change for our Grace, and the thousands of other children whose lives are touched by this system.

"In the short period of time that Grace has been home, we have become keenly aware of how damaging the juvenile system is as she recants loss of well-being, quality education, effective therapies and faith in a system that was supposed to protect and preserve the family. No child should walk away feeling less than because a system is degenerative and designed to break the spirit. Rather, than lift up and motivate a child to live up to their potential and vision their dreams fulfilled within arms reach," her mother added.