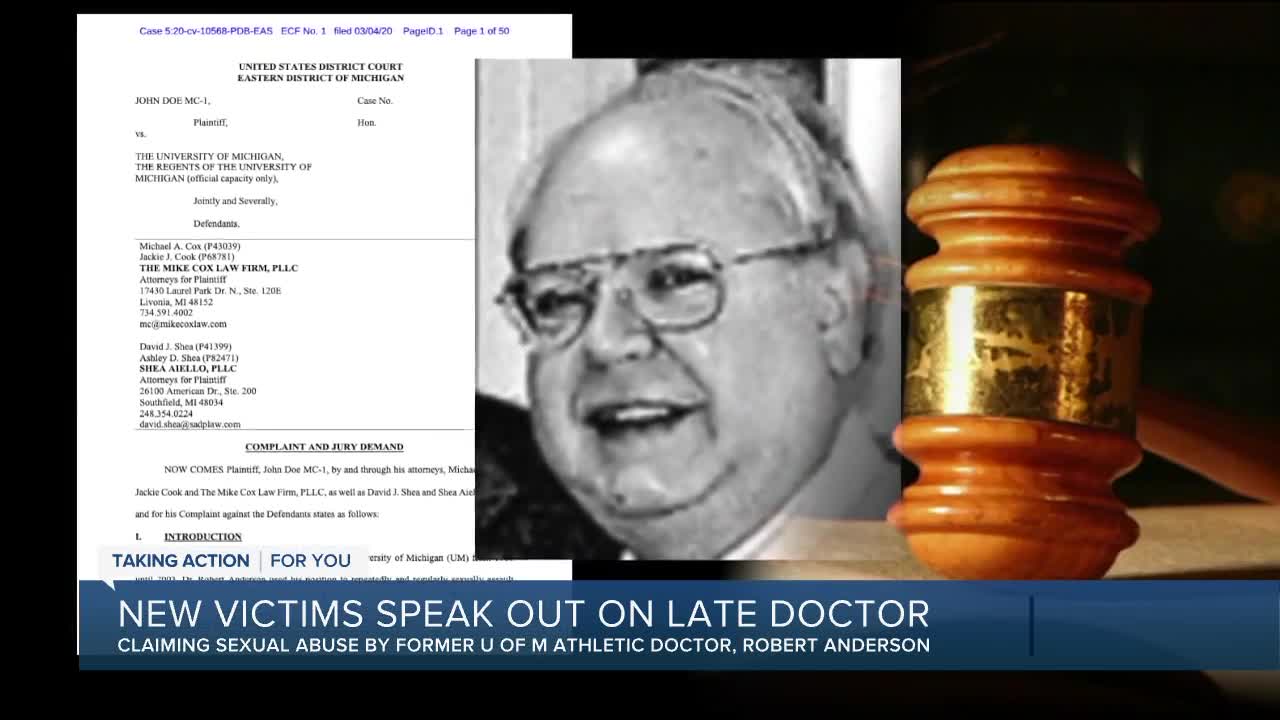 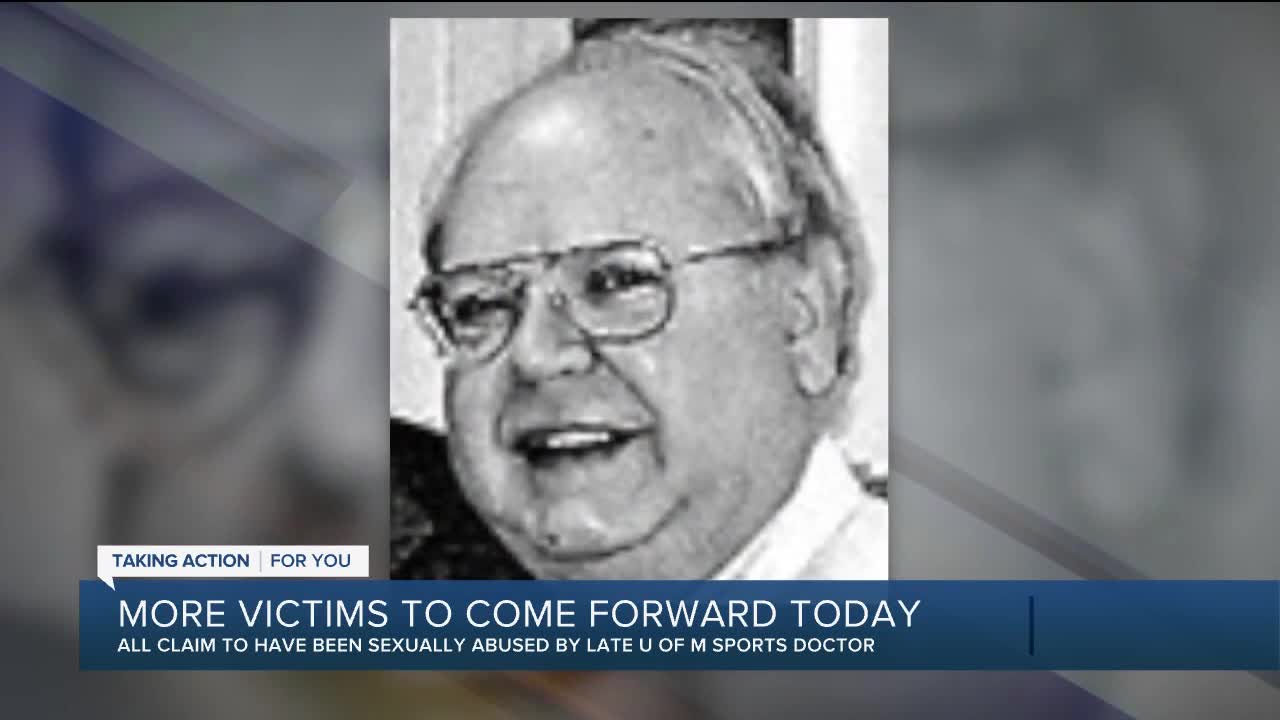 Related: Students were 'sacrificed on the altar of the block M,' says doctor's new accuser

Related: U-M abuse survivor asks: How could Schembechler not know?

“What happened to me in that room with Dr. Anderson, I have no words for," Hicks said.

In February, the university announced it was investigating the alleged sexual assault of hundreds of student-athletes at the university by Anderson, who was a doctor from 1967-2003. He died five years later.

One of the victims, John Doe 17, spoke anonymously in a press conference on Thursday, July 30. He described telling the coach that the doctor touched him inappropriately during an exam.

He says Schembechler then told him to report it to former Athletic Director Don Canham...so he did and was disappointed by Canham’s reaction.

Canham didn't act on the report, according to the lawsuit.

“His response, literally, was just to blow me off. He did nothing,” the victim said.

The victims say Dr. Anderson would take advantage of the students, putting them in a vulnerable position. According to the victims' lawyer, there was inappropriate touching and penetrating during physical exams. John Doe 17 saw the doctor twice when the abuse occurred.

Glenn E. "Shemy" Schembechler, Bo's son, said he believes his dad wouldn't have covered it up.

"Bo was not one of these people to hide secrets like this," he said. "When he saw something that was wrong, he would've fixed it right then and there."

Mediation between the victims' attorneys and the Board of Regents is scheduled for mid-September.