Would you like to receive local news notifications on your desktop? 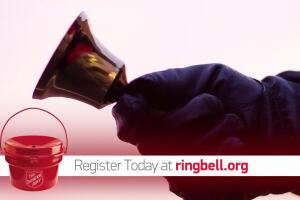 That’s what The Salvation Army of Metro Detroit helped provide to our neighbors in need this past year and the demand for support continues to rise. The Salvation Army needs your help in these final days of the 2017 Red Kettle Campaign to reach the goal that will ensure it can continue to meet.

The need for support in this community is great. Recent data from the U.S. Census Bureau reports that while metro Detroit’s median household income increased more than two percent, poverty rates remained flat at 16 percent. Among communities with more than 65,000 residents, Detroit continued to post some of the nation’s highest poverty rates at nearly 40 percent. Detroit’s poverty rate for children was higher at 58 percent. But Detroit is not alone.  Oakland and Macomb Counties have also experienced spikes in poverty levels since the recession in 2008. According to the Brookings Institute, one in three poor Americans -- about 16.4 million people –lives in the suburbs.

How You Can Help:

Make a tax deductible contribution to The Salvation Army Red Kettle Campaign by:

It’s also not too late to volunteer as a red kettle bell ringer at one of the hundreds storefronts across Wayne, Oakland and Macomb Counties. All opportunities are posted at www.ringbell.org, where volunteers can choose the most convenient time and location to ring a bell between now and Dec. 24.